Golf in the Algarve

The Algarve is synonymous with golf, with a remarkable collection of first class championship courses and amazing resorts strung along the sun-kissed coastline. Possibly one of the most famous golfing regions in Europe, the Algarve certainly knows how to give you that perfect holiday by the greens.

Scattered with expertly designed golf courses, the Algarve is the place to head to if you want to perfect your pitch and putt. The area is renowned for golf courses, so you simply can’t go wrong when it comes to golf in the Algarve. 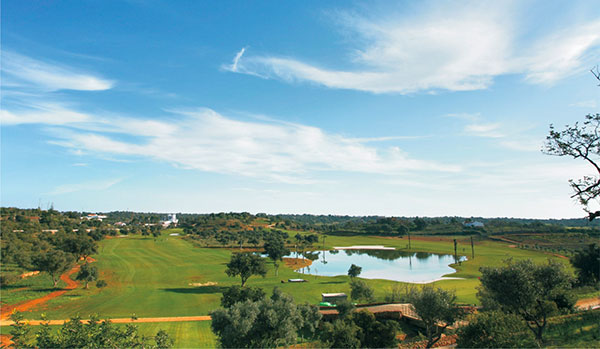 Silves is only 25 minutes away from Alte. Silves Course is a serene spot at the foot of the Monchique mountain, but it is anything other than ‘a walk in the park’ – a drive at the opening hole has to flirt with water hazards on both flanks.

This course is for players – low handicaps will find it a serious challenge to come in under par. But high handicaps (with concentration) will be able to enjoy their round. 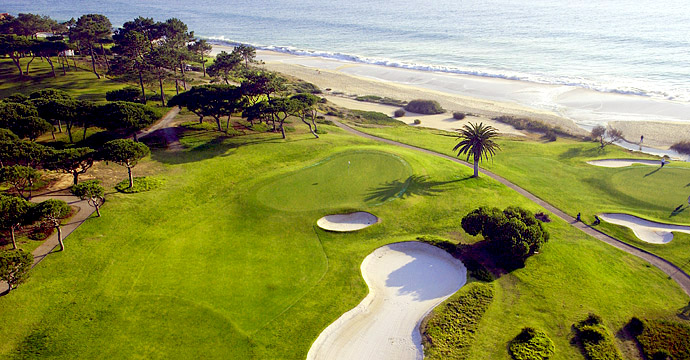 The Ocean Golf Course features undulating fairways which run alongside a nature reserve, before leading gently down to the shores of the Atlantic.

The front nine are located on a slightly hilly land which characterises Vale do Lobo Algarve, surrounded by pine trees with sea view from several holes.

The back nine in particular are characterised by spectacular ocean views, with some holes almost stretching down to the beach. On reaching the brow of the hill on the 11th, players come suddenly upon a sight fit to take the most concentrated golfer’s breath away. 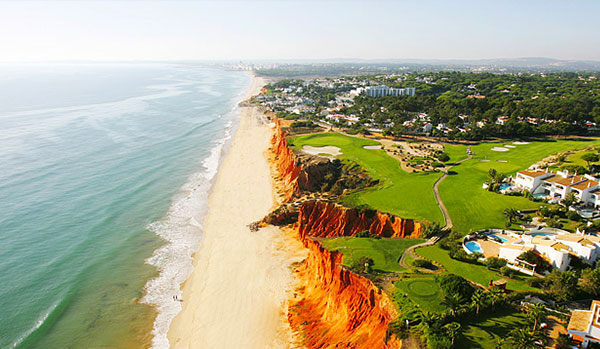 The Royal Golf Course features the almost island green of the 9th and the famous 16th, with cliff-top carryover – one of the most celebrated golfing images in the world, which has become the veritable symbol of golf in the Algarve. 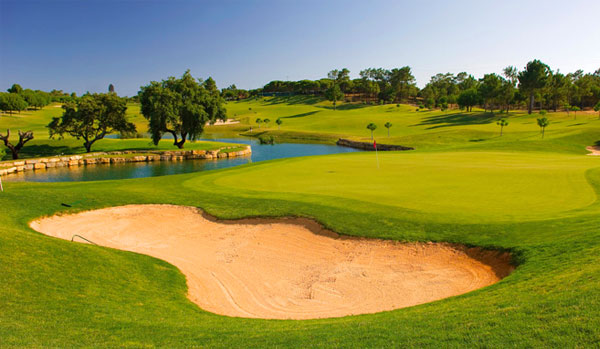 This is a highly original course with two sets of nine holes that have completely opposing characteristics.

Bordering the 18,300 hectare Natural Park of Ria Formosa – which provides a habitat for many species of birds and has much interesting vegetation – Pinheiros Altos was designed by Ronald Fream of the USA. Later the course was redeveloped by Peter McEvoy and Howard Swan. 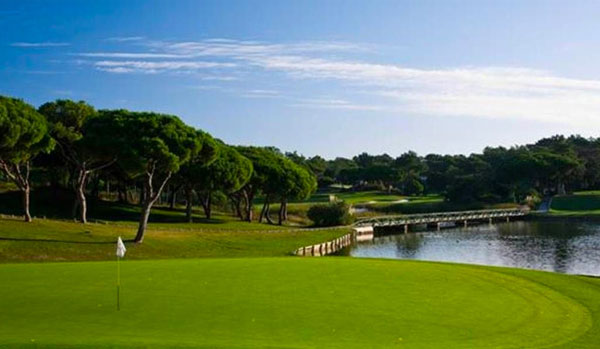 The jewel in the Quinta do Lago crown, the South Course has played host to the Portuguese Open no less than eight times.

Designed in 1974 by William Mitchell, who raised the bar by introducing American-standard greens, tees and bunkers to the Algarve, it soon gained a reputation as one of the foremost courses in Europe and remains to this day one of the flagship European Tour Courses.

The favourite course of many European tour players, it is a 6,500 metre par 72 set amongst umbrella pines, lakes and wild flowers, overlooking the spectacular scenery of the Ria Formosa National Park. 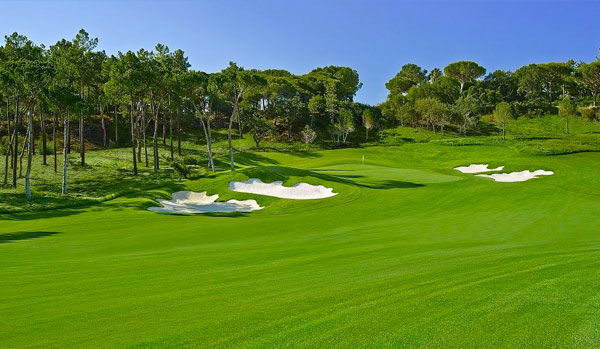 The North Course is the newest addition to Quinta do Lago’s five-star golf facilities.

The totally revamped course has been one of the most talked about golf projects in 2014 and is set to be one of the new stars of European golf and the new number one course at Quinta do Lago.

Redesigned by renowned American architect Beau Welling in close collaboration with European Ryder Cup captain Paul McGinley, the new layout has been built to the highest specifications with a €9.6m investment. The North Course has been redeveloped with the emphasis firmly on precision and strategy.

Among the changes introduced on the 6,776-yard course which has been closed since last December, all greens, tees, bunkers, irrigation and drainage systems and cart paths have been rebuilt using the latest state-of-the-art technology. 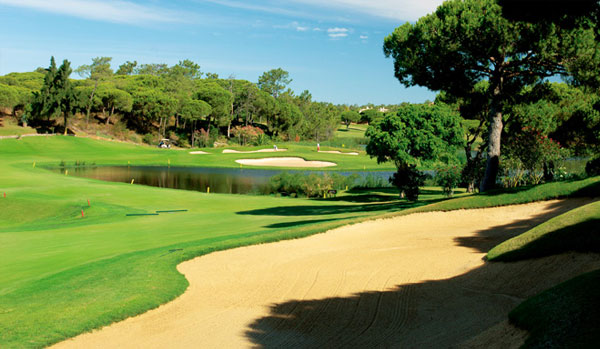 The course features large fast greens and undulating fairways which meander through avenues of pine trees. There are some spectacular holes overlooking the sea, which border lakes abundant with wildlife. 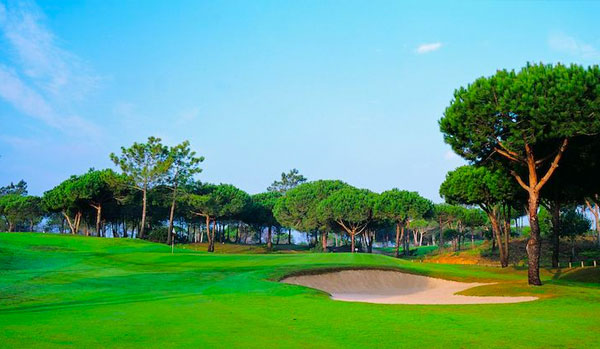 The great variety of trees adds special charm to a course blessed with excellent facilities.

The Vila Sol Golf is a fabulous 27-hole golf course designed by the famous architect Donald Steel, which stretches along a wide valley, naturally sculpted by Mother Nature and divided into three loops with three different levels of difficulty: Prime, Challenge and Prestige.

Vila Sol is ingeniously designed in order to preserve the local vegetation and topographic features. 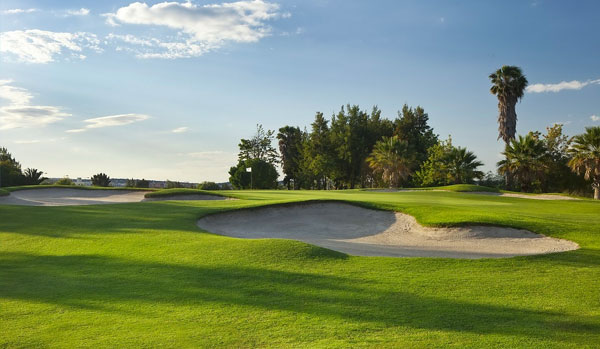 Laid out over low lying coastal terrain, this course, with its many water hazards and few trees, is considerably different from the other ones in Vilamoura and many of its holes convey a links atmosphere.

Measuring 6121m from the white tees, the par 72 course includes several lakes which influence play on a total of 11 holes. In addition to acting as hazards and emergency water reservoirs, these lakes serve a useful purpose in attracting a variety of aquatic birds, both resident and migratory, as well as amphibians, otters and terrapins.

This renovated North course has been joined together with the new 9-hole loop to offer a layout of different character, style and playing quality to the remaining Laguna Course.

The new nine holes are located west of the clubhouse which has also been extended and renovated and will accommodate players and visitors to both the Laguna and Millennium courses. 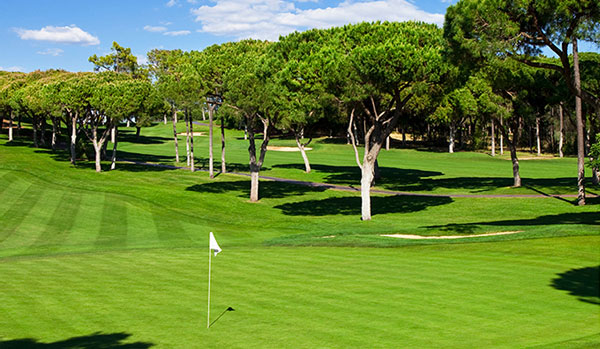 A Par 73 course set in beautiful and tranquil landscape.

This is the oldest of the four Vilamoura courses that form part of a luxury resort development close to fantastic beaches.

Opened in 1969, the verdant fairways of the course run through surrounding pine trees. This is a very attractive course with a great variety of holes. 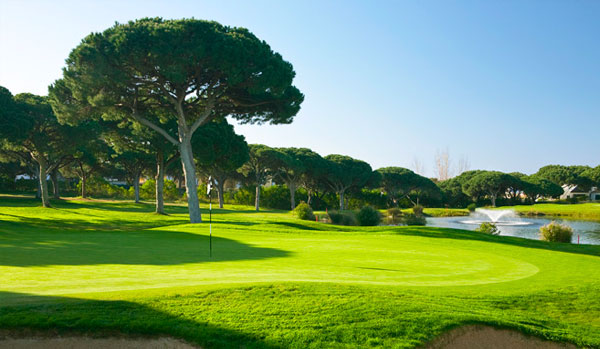 In the middle of a beautiful pine wood, with panoramic views to the sea.

Built in the middle of a beautiful pine wood, with panoramic views over the sea, one of the main characteristics of this course is the small size of its greens, requiring great precision from the golfer in terms of approach shots.

In 1988 this course hosted the Portuguese Ladies’ Open, part of the women’s professional European circuit. Peggy Conley, an American, was the winner.